Joesler’s stylistic experimentation in his own mid-town residences allowed a maturity of stylistic vocabulary to be articulated in the houses he designed for others. As his first Joesler Residence with its sprawling plan and intimate ornamentation became a precedent for the many Foothills houses, the 1936 Joesler/Loerpabel House and its unadorned aesthetic also became a precedent for his design a year later of what would be the largest residence in Southern Arizona, the Grace Mansion. This house, initially a winter residence for one person, Louise N. Grace, daughter of shipping magnate W.R. Grace, spans 270 feet across a hilltop on 75 acres in the Catalina Foothills and covers a total of 15,000 square feet. Also known as Eleven Arches, due to the southern facade arcade, this mansion was the venue for soirees with prime ministers, ambassadors and later, artists and hippies. The living room reflects this lifestyle, consisting of 800 sq. ft., no smaller than the average mid-town houses with which Joesler began his career in Tucson. The 17 bedrooms averaged 400 sq. ft. each, which are supported by 15 full baths and two powder rooms. The kitchen, as well equipped as a restaurant, included a butler's pantry and walk-in refrigerator.
In a rare description Joesler wrote himself, he describes his design influences for the Grace Mansion: The residence had to be designed for modern living but without going into harsh modern design; I wished to achieve some softer feeling in the exterior design and to harmonize it with the lonely desert surroundings. It took as one motive, the Catalina range in the background which climbs up from the West to a high point behind the house, and slopes off again on the East; this gave me the idea of a high central feature with low wings at the sides, thus following the line of the mountains.

After Grace's death in 1953, the house fell into disrepair due to the many subsequent owners, including Frank D. Buchman, who founded Moral Re-Armament. Eventually the house was given to Up With People, an outgrowth of Moral Re-Armament. The subsequent owner, James Moore, bought the Grace Mansion in 1976 and began renovating it from the "deplorable" condition he had found it after years of acting as a commune for hippies. The house came close to being completely razed, due to its condition, but Moore opted for preservation, investing close to $1 million to that end. 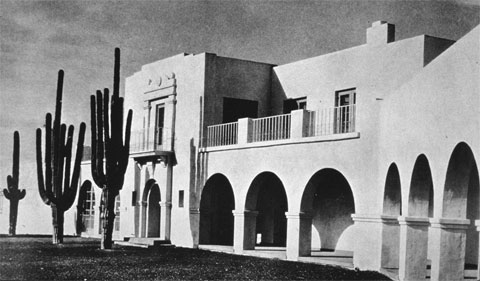 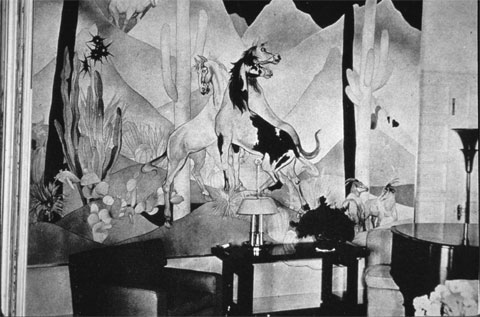 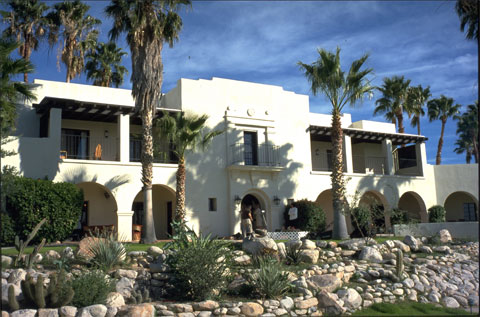 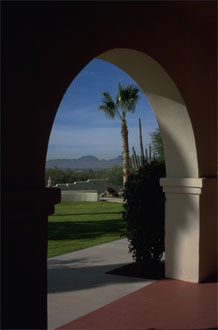 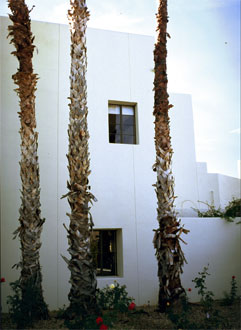 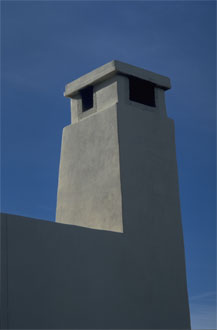 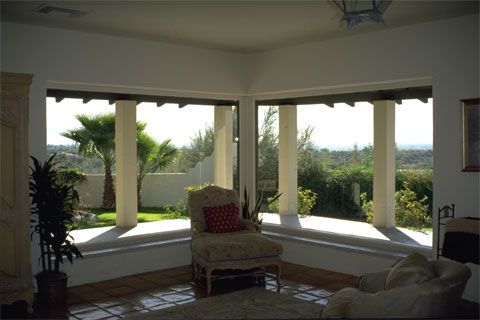 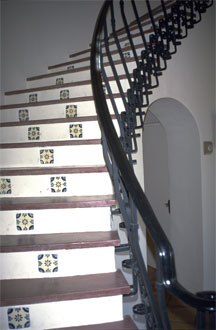 Joesler and Murphey were responsible for many of the large, distinctive, residential architecture in the early luxury mid-town subdivisions spreading from the late 1920s to the 1950s. Though these subdivisions represented a significant body of Joesler's work, they do not compare to the overall design achievement of one of Tucson's largest subdivision developments, Catalina Foothills Estates.

In 1928, John Murphey purchased 7000 acres of land as part of a federal land auction. This tract of land spread north of Rillito River Road from Oracle Road east to Sabino Canyon. By 1935, Murphey and Joesler had begun a full-swing collaboration on Murphey's vision that would be called the Catalina Foothills Estates. These houses were larger and more luxurious than those in town, conforming to the large, hilly lots and taking into consideration the increased demand for larger houses in unique settings to satisfy the newly arriving, affluent clientele. The majority of houses were built in the Spanish Colonial Revival style, centered around a patio or pool, with tiled roofs, sculpted wood members and ornamental ironwork. The sprawling lots and equally sprawling plans distinguished Joesler's foothills homes from those on the smaller city lots. These linear, "ranch" houses became larger and more linear with the concurrent improvement of mechanical air handling systems, allowing houses to be spread over a larger area than the smaller systems that required a compact plan. 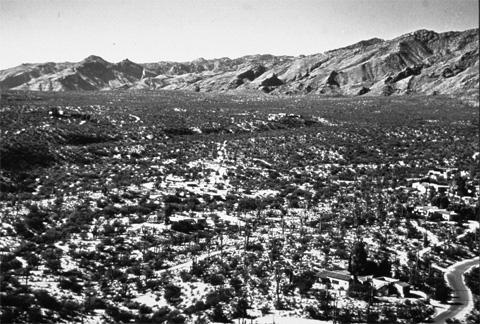 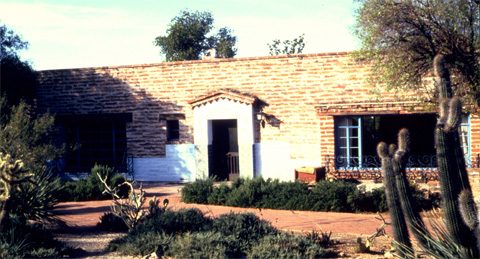 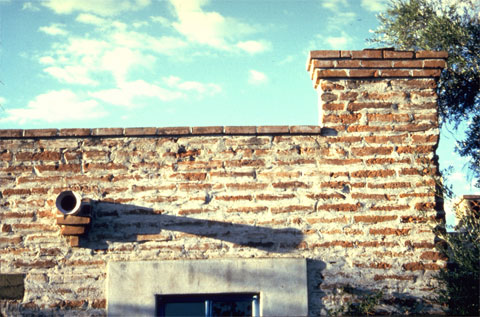 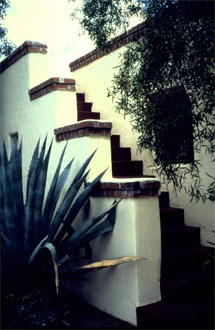 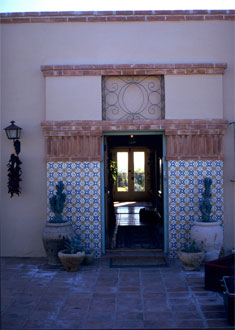 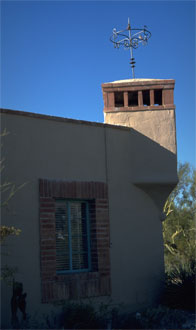 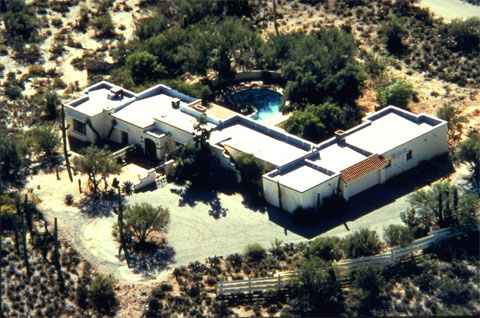 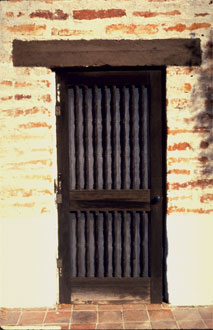 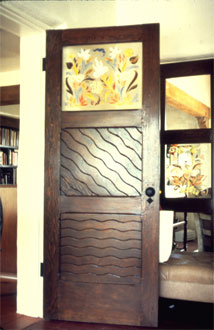 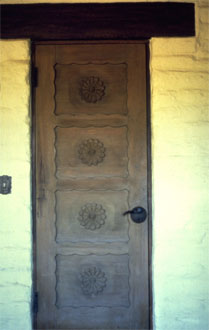 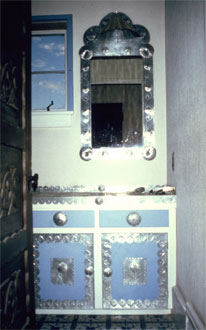 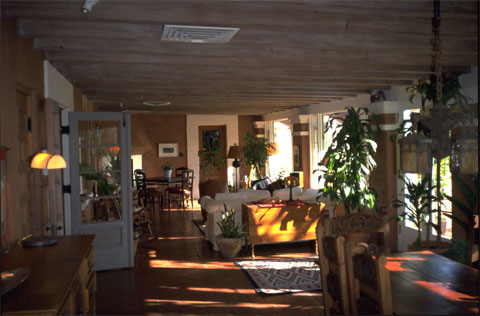 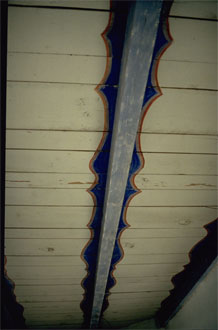 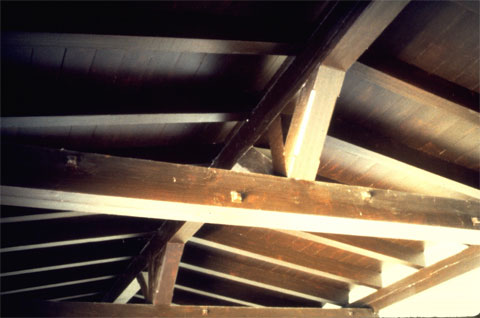 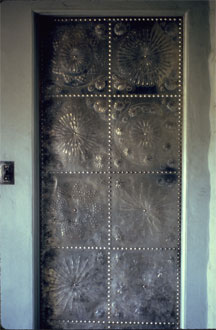