St. Philip's in the Hills

Though the clear majority of buildings Joesler did in his career were residential, he did do a number of public building types, including schools, museums and most successfully, churches. By far, the most prominent of his public buildings is St. Philips in the Hills, located at the entrance to the original Catalina Foothills Estates residential subdivision. This 1936 church design conveys, in its form and use of materials, the 18th and 19th century Spanish Colonial mission churches of northern Mexico. Joesler's churches created a unique sense of place by his mature composition of outdoor space as a transition to the meditative indoor spaces. The entry park, courtyards and perimeter arcades all show his sensitivity to scale and the tranquil use of vegetation consistent with its use in churches 200 years prior. Joesler's broad travel experiences are represented in the use of a visual vocabulary that mimics buildings of the 18th century in an attempt to capture an image of antiquity. The peaceful interior is a masterfully designed space whose focus is the large altar window looking out to the Catalina Mountains. The use of scale and materials, even in the interior, reflects a knowledge of religious architecture where the careful control of light is crucial in the creation of meditative space. For a man who claimed he "had no use for religion", his church designs are remarkably spiritual.
The church has survived many additions, some by Joesler and others by Gordon Luepke, a Joesler "apprentice" who extended the nave in 1957, and Ned Nelson, who added the west transept in 1986, both in respectful compliance with the original stylistic character. Though Joesler had done a master plan, with sketches for the subsequent additions, the later architects were forced to interpret the design sketches and also satisfy current building construction standards. 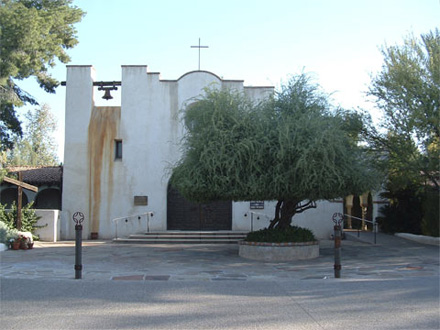 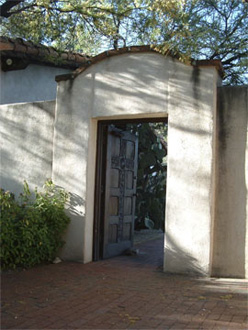 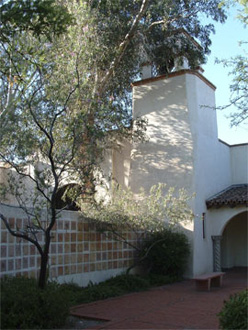 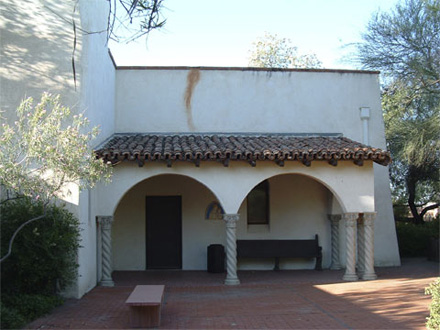 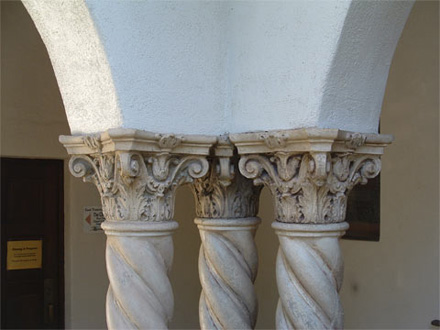 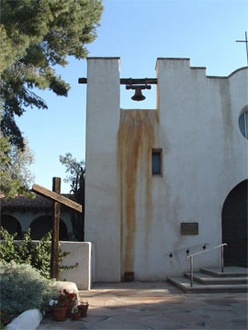 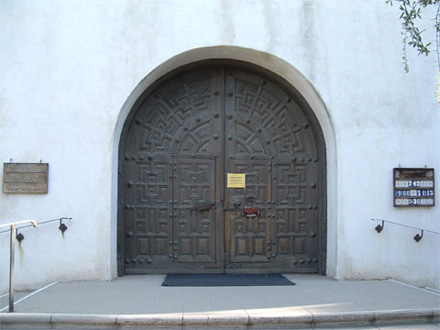 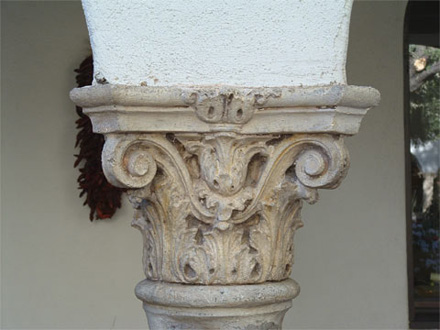 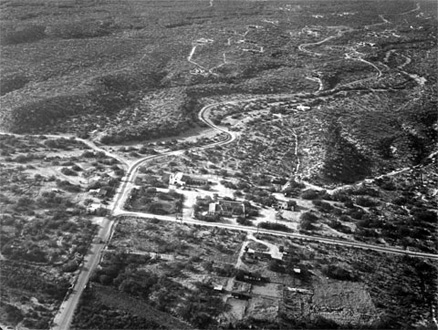 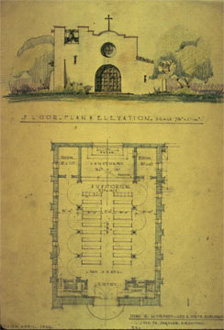 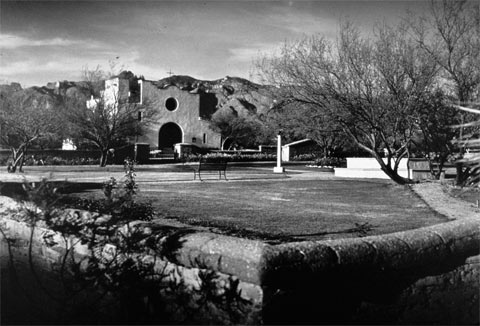 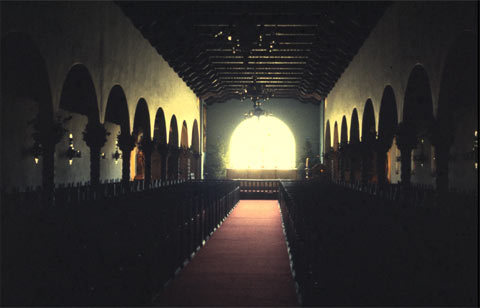