Joesler and Murphey worked together to develop some of Tucson's most prosperous and attractive residential subdivisions. Joesler's first houses were in the Old World Addition, a prestigious residential subdivision built between 1925-29 that was parallel to Campbell Avenue bordered by Mabel and Elm Streets. These grand houses were built in a highly romantic manner incorporating a variety of European historic styles, including Swiss Chalet and English Tudor. Unfortunately, 19 of these houses were demolished during the 1970s and 1980s for the present University Medical Center complex. 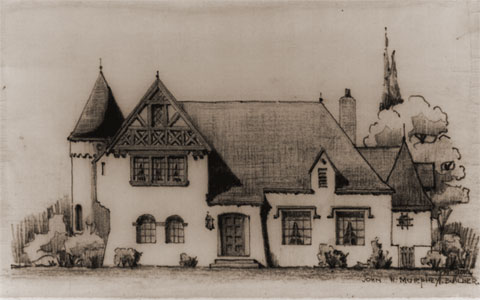 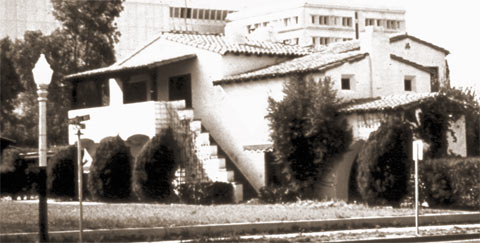 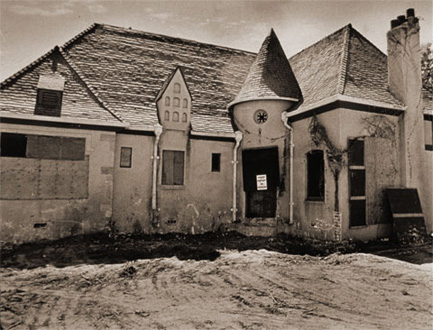 In 1929, Joesler built the first of two houses he built for himself in Tucson. He built this first Joesler House at the time of the Depression while still maintaining a heavy work load with Murphey. This large house is the epitome of the Spanish Colonial Revival style as was successfully recreated in Southern California. White-washed block massing, deeply recessed windows, clay tile roofs with projecting eaves, an outdoor stairway leading to a second story studio, and decorative wrought ironwork characterize the vocabulary that soon would be applied to other subdivisions including El Encanto, Colonia Solana and the Catalina Foothills Estates. Joesler's love for gardens is seen in the many intimate outdoor spaces created as a part of this house. He built fountains by hand and used decorative glazed tile throughout the gardens and house that became a signature of his design. 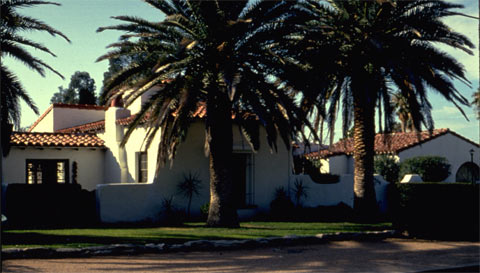 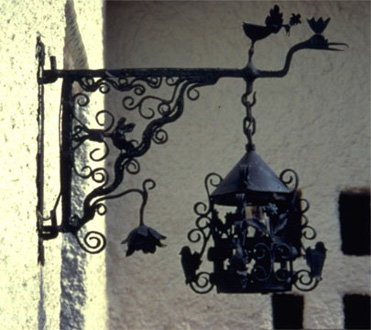 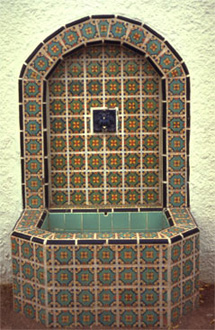 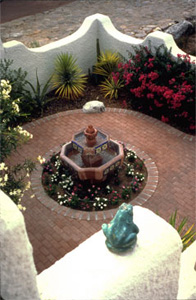 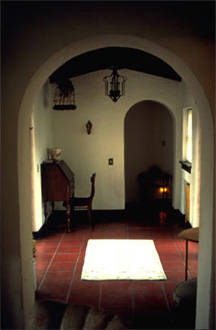 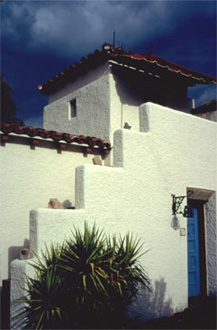 In 1936, Joesler built his second Tucson house in a mid-valley lot that took up one-third of a city block. Now named the Joesler/Loerpabel House, this house, like his first, became another opportunity for experimentation with new forms, materials and styles. In this house, Joesler flirted with the clean, unadorned International Style, introduced by European architects like LeCorbusier and interpreted regionally by architects such as Irving Gill in San Diego, with whom Joesler was undoubtedly familiar. These architects, along with many others, abstracted the vernacular forms of the multi-storied masses of both the Pueblo and North African architecture as precedents for their interpretation of the Modern/International Style in the 1920s and 30s. These influences can be easily seen in the clean arches and massing of the Joesler/Loerpabel House, as well as the lack of any of the ornamentation that characterized his earlier Spanish Colonial Revival buildings. Joesler remained consistent with the vocabulary of each of the styles he designed, from the intimately ornamented Spanish Colonial Revival to the clean aesthetic of the Modern/International. 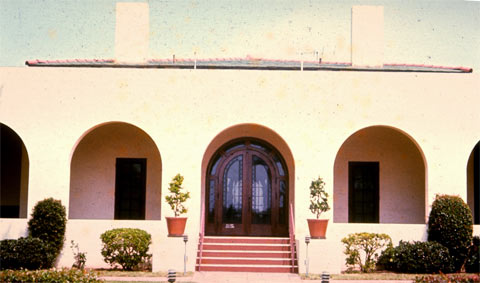 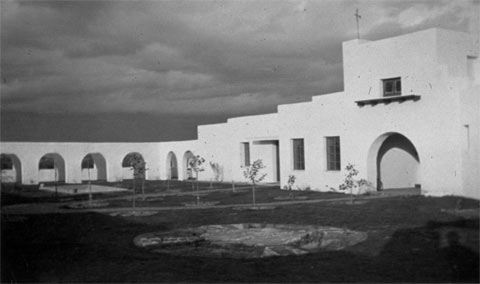 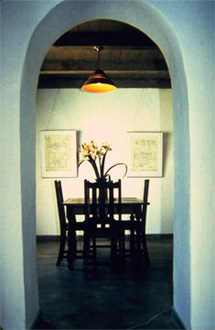 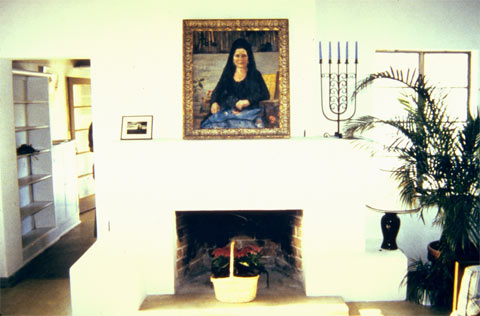 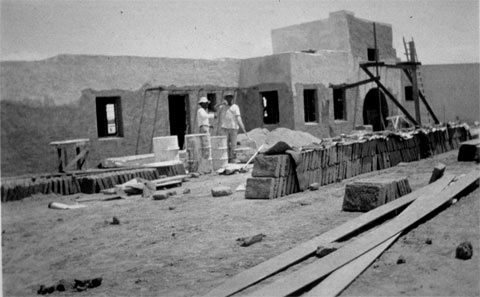 At the same time, Joesler was designing modest homes for University faculty east of Campbell Avenue on Third, Fourth and Fifth Streets, in what was then called the University Manor Addition and now known as the Sam Hughes neighborhood. In this subdivision, Joesler restricted his use of styles to those that Murphey aspired to define as characteristic of Tucson and the Southwest, namely, the Spanish Colonial Revival style. Many of these early houses were speculative ("spec") houses without any defined client. As such, they were simple, compact houses but conforming with the vocabulary that would soon begin to be identified with Joesler's later houses: arched windows, niches and romantically stepped buttresses supporting the exterior walls.