First Gulf War: A New Twist on An Old Theme

After Vietnam, there was a long break in the creation of nose art, probably because restrictions were enforced during peacetime. Another factor that holds to this day, was that the transfer of Strategic Air Command (SAC) aircraft between units discourages the practice, because they are repainted each time (Ethell, p. 173).

From the early 1980s through 1991, nose art was on the rise, beginning with a few selected units, and expanding to all types of aircraft in the air force. Its comeback is largely due to its official revival. The resurgence actually began as early as the 1970s with the U.S. Air Force Project Warrior, which was an effort to commemorate aircraft's past history. The 380th Bomb Wing and the 509th Bomb Wing, in the spirit of the project, began painting art on its aircraft, and, although against regulations, the art was allowed to remain. In the early 1980s, SAC ruled that specific historical units could have historical nose art (Davis, v. 3, p. 7). In the interest of morale, in 1985 a SAC regulation permitted nose art for other aircraft with the provision that the presentation was tasteful and that there was no nudity.

Even with expressed approval, individual art was not practiced uniformly across all units. For instance, through 1992, the commander of the 384th Bomb Wing only allowed occasional naming, but no images (Walker, Painted, p. 20). The controversy over nose art never dies. In 1988, the SAC commander revised the regulations yet again, authorizing the use of eight subdued colors for nose art and tail stripes (Ethell, p. 167-169). 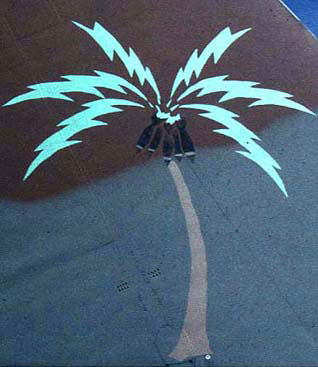 The revival of 1985 continued through the Gulf War to today with the replication of World War II art and names: Lil Peach II, Petie 3rd, & Miss Ouachita II. The official resumption of an old tradition served to honor the past and brought the history of specific aircraft into focus. Gulf War's "Out-House Mouse" from the 2nd Bomb Wing was named after the first B-17 to be attacked by a German Messerschmitt ME-163 rocket fighter on August 16, 1944 (Walker, Painted, p. 29). Other examples from World War II B-24 Liberators were resurrected in the Gulf War FB-111A fighter/bombers with "Lucky Strike," "Rough Night," "Jezebelle," and "A Wing an' 10 Prayers," (Walker, Painted, pp. 60-63). 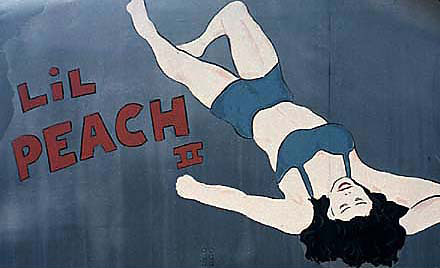 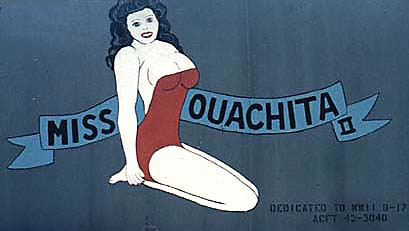 All of Gulf War art does not replicate old subjects. It reflects its contemporary popular culture just as did the 1940s art. Celebrities of television and music were more common than those of the silver screen, for example, Elvira, portrayed in "Mistress of the Night," and the rock music group "Guns 'n Roses." After Operation Desert Storm in 1991, F-117A, F-16C, and B-52G aircraft displayed newly inspired art alongside the new generation's mission markings and bomb scores. Whether in the interest of camouflage or due to general conservatism, some of the more colorful pre-existing designs were toned down or painted over during the war period (March, p. 30). 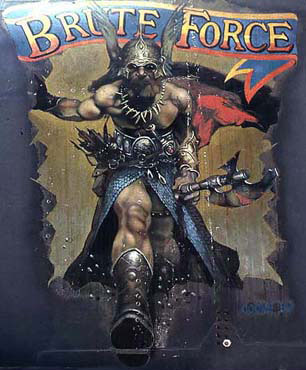 How do the 1980s compare with the past in terms of censorship, regulation, and public opinion? Compared to the Vietnam era, there has been more freedom, but compared to the Second World War, there is less. Crews interpreted the 1988 SAC ruling on nose art to mean that only subdued colors could be used: Ace In The Hole & Valkyrie. A revision clarified the ruling, granting freedom of design and colors with the provision that they be removed at the time of deployment. When the public learned that crews were copying World War II pin-up art Hoosier Hot Shot & Little Patches II, there was protest. Time magazine's story of December 5, 1988, "Bimbos for Bombers" drew negative mail. The subject surfaced in the Washington Times and the Air Force Times articles in 1989, eliciting conflicting responses. The National Organization of Women (NOW) and the National Women's History Project voiced their objections to the practice. On the other hand, some USAF pilots, crews, and artists, including both men and women, strongly defended the art. 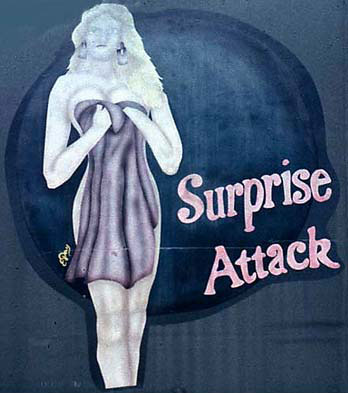 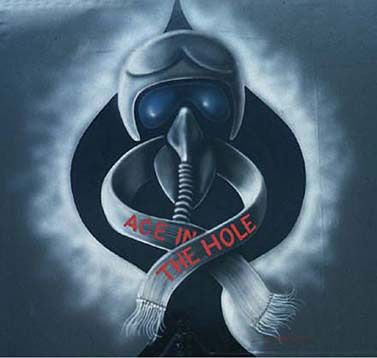 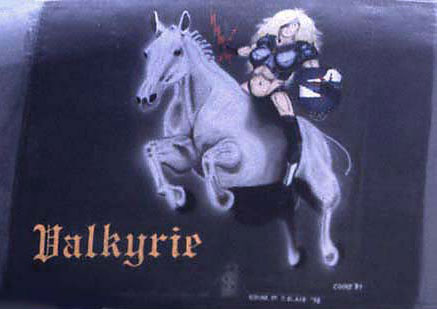 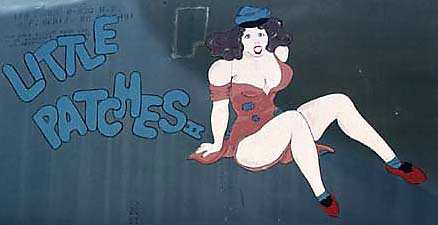 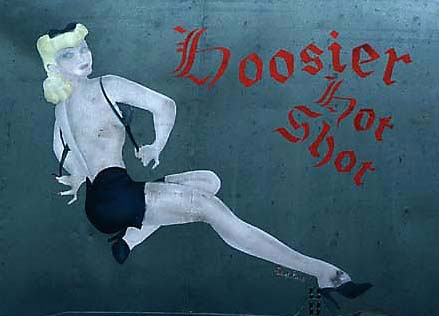 Nose art on ships at sea, however, may have missed such scrutiny as seen with Miss B. Havin.

During the Gulf War, sexually provocative art was removed before an aircraft was deployed to Saudi Arabia to avoid offending inhabitants of the area. Bikinis were painted over to became long black dresses. After the war, artists restored the images to their original state upon the request of the crews and pilots (Walker, More, p. 34).

After the Gulf War and after the wave of negative public opinion, the military ruled against portraying women on aircraft. Nose art was removed from all 319th Wing and 384th aircraft in 1992. On the "Queen of Hearts," the name remains without an image.

Painting an image requires a more formal procedure today than fifty years ago. The crew submits its idea to the crew chief, who presents the design to the wing commander for approval (Ethell, p. 173). Crews still derive a sense of pride and identification with an aircraft through its name and art. Given its past history, nose art, sanctioned or not, is bound to recur in one shape or another in the future.